the Community
with 706 amazing folks

We've reached the point at which I have to decide the best path forwards. I've ended the promotional campaigns as there should be enough of us to complete a first phase at the least; withstanding the incorporation this wraps my initial investment into the project. So let's take stock and see where to go! It's those of you who give feedback who'll help decide the plan! 👍

I've actually found solutions for the issues at the lead candidate, Cravinos, so it's back on and I'm psyched for it. But it'll take much longer to do all three buildings (at a relaxed pace, first remains simple) and the contingency budget would need increasing making the total capital higher. (Returned or reinvested if unneeded, could be contractual instead of by vote.)

The updated share cost for a month is thus on the up, presently €1750, but I'm not expending more time updating the figures until I've gotten more feedback… see my updated report, with some quick interior renders of bedrooms and cohousing.

All this has made me consider that maybe we should start with something maybe less ambitious — what do you think?

If you all indicate a preference for something smaller with less risk, I will continue looking. There's a few on the list. We could still do Covilhã after.

Compromise is also possible. Whilst I'm not keen to back a more rural location first, there's a bunch of you who would. #60 Instituit Lamothe-Poulin (southern France) is a distinct possibility, reducing the risks whilst still allowing scaling and extra facilities in future—having both a station and 7ha of land. I'll go visit if you pick it in the following poll! 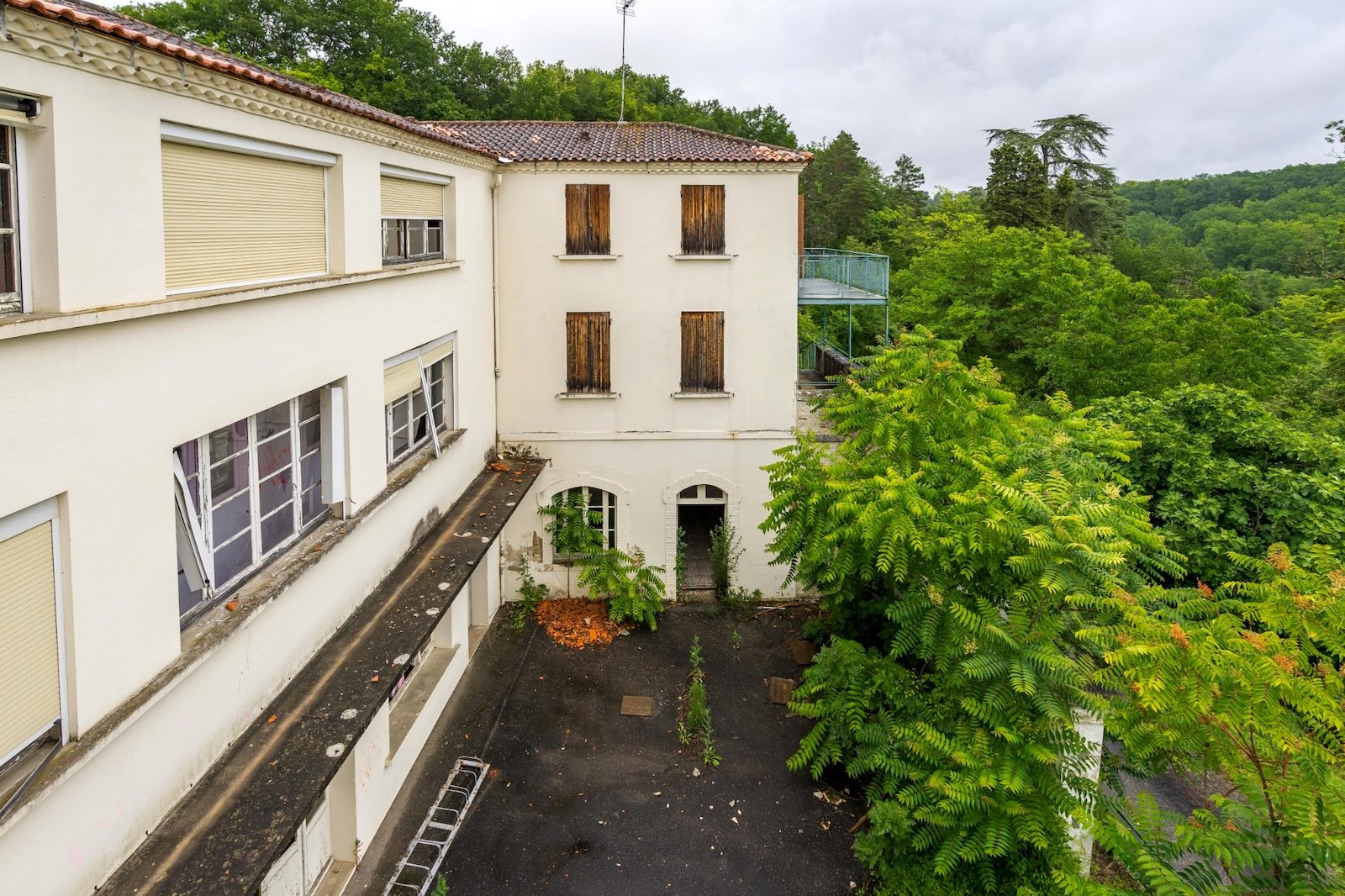 Otherwise if we're still all on board 🚀 then onwards with Covilhã, I've a pending meeting with the planning department, and a student of the architecture faculty up to help…

So, do let us all know know what you vote to support:
[you can choose multiple next; only counted if you've pledged]
🟠✅the huge complex i.e. Covilhãpurpose-designed refit, great for festivals, everything!
yet lots of work, time, capital and risk 🟠✅an all-rounder hub e.g. as abovegood facilities, good base and gatherings
with some compromises, although much less risk 🟠✅a simpler smaller hub TBCbest for retreats/workations
no ensuites but quick and easy 🟠✅any of theseI'm up for anything dynamic and collaborative

Note that small satellite properties are not yet planned — keep an eye on posts in the other people's projects topic. 😉

Hey! So good to hear from you! After 4 months in LIsbon, I have to say that Covilhã is really too cold for my taste! I don't know if I can invest in a location like that! What happened to Spain?

Pretty much everywhere has a winter of some sort 😬 Lisbon's aren't too bad IMHO (compared London anyway!), but it's worth considering the really important thing — are there nice days when one isn't working, and can it be cosy inside when you are? The Spanish one #64 Albaida Señorial actually has a somewhat similar climate as Covilhã (in fact it has snow right now), but the property works required were, ahem, far more than Covilhã. 😬 The Italian candidates near Perugia also have a similar climate, you need to look at the coast for better, which is of course where you'd prefer to be. ;) Shout if you find anything new that's large and affordable!

As a quick update, this Thursday 30th I'm visiting #60 Institut Lamothe-Poulin as the poll suggests the middle-path will be the best supported. Understandably. Time is ticking by and I'm keen to move so more easily reckoned with project would be welcome. This said, if you do prefer Covilhã then to mitigate risk a bit more I would be looking for some (equity) cofounders to help as yes, I'm feeling it's a bit too awesome to do first. 😅

Hope y'all understand my reckoning that the first property should be large and dynamic enough to welcome us all whilst capable of hosting interesting and fun gatherings. Less about the adventure and exploration out and about, which is more easily achieved from smaller properties that hopefully we'd add later, indeed others will join the network expanding everyone's options.

Alrighty, I'm back from #60 Institut Lamothe-Poulin—my feelings are that it's a pretty good candidate and its facilities would easily make up for having few surrounding activities. In fact it's a really good balance of rural and capacity for great gatherings. Withstanding a response from the department of public finances regarding the likely large rates bill, and whether or not there's other bids, I may even feel like sticking a deposit down myself.

Here's the preliminary report, and I'm putting numbers together. hub.house/admin/report?60

Quick update. I'm going back to #60 Institut Lamothe-Poulin this Saturday 15th if anyone wants to join. 🚅 Only 3h15 and €20 from Paris. 😉 Happy to meet any other time too as I'm quite near although probably better after the auction… if I bid. 😯

I've run some numbers and it looks do‑able. I've allocated all 20 pods towards the community fund. One month share is coming in around €1400 and studios €26k.

There's however two reasons I may not proceed: 1. the auction obviously, if it turns into a competition it would exceed the cash I myself could put down for the deposit, and as we're not yet incorporated I probably wouldn't take the risk. 2. the rates/taxes.

I've researched some options for France, and a non‑profit association (moderately difficult) could reduce property rates to a much lower band albeit slightly dubious operationally. Waiting on a response from the authorities. The higher property rates corresponding a 1-star hotel are still just about okay but would probably eliminate the community fund. There's potential for other revenue but it might be a bit optimistic to get there without a long runway.

This is how the proposition currently looks. I'll upload the forecast if things progress

For a bit of a change here's a video! I find talking to a camera rather discombobulating, but like rambling so here's a long ramble through #60 Institut Lamothe-Poulin.

I've got an estimate back from the department of public finances for the property rates, which with a bit of wrangling, would only be around €8k. So let's see if anyone bids, or not as was the case last time. I'm definitely not pursuing if there's competition, as we would need time to follow through on an offer.

Otherwise this is the last large property and I'll focus on mini-hubs here on in. I'll do some more videos as this somewhat boring (to observe) scouting bit progress, and once we've got folks to help who can do it better we'll have regular video diary updates so everyone can be part of the action. 👷‍♂️👍 I actually had a vlog waaaaay back in 2005, but I was just mucking around with duck-taping my camera to my Vespa and putt-putting along the Croisette (pre-actioncams!).

For me personally, the weather is quite important (probably just because I come from the North of England so I'm always trying to escape the rain!) - seeing the rainfall figures for Covilhã really put me off, and if we were thinking of opening it up to people for short term lets,I'm not sure who would come outside of the 4 months where rainfall is less than 80mm per month (that's a lot!). Personally I prefer colder climate to rain, so south of france and #60 Institut Lamothe‑Poulin is better for this, however with properties in the South of Spain/Portugal you get a much milder climate, year round, and the potential for people to come and use it as a winter getaway from Northern Europe, as they do so successfully at Sun and Co in Javea.

Hi Harry! I only remember lovely sunny days in the north—certainly idealised childhood memories though. ;) Unlike the British Isles, where as we know rainfall at the level of Covilhã often means depressing drizzle all day, it can blow over quickly. The climate models are not entirely clear, the one I've been using defines a sunny day as over 80% cloudless (not sure how that's measured!). Even 50% cloudless by any measure is still a sunny day nice for sitting out.
I believe most of us have the freedom to seize good days so I don't consider it make‑or‑break as long as there is sun, even for south‑west France some of the deepest winter days are 16° and 100% sunny, which is not bad (at least with some complimentary winter facilities). I am wary of higher numbers of precipitation days though, yet both Covilhã and Agen are 10 days rather than 20 days as with the north of England. Thinking about the future I worry that low numbers like 4 days for Valencia might be bigger issues…
For a hub (as opposed satellite) property the draw should be as much dynamism and community as location. Obviously both are desirable as there's only such much of that we may want. (I'm going to include #90 El Batán in my next batch of visits.)
The business/revenue side is not a significant criteria, technically with 30% unallocated capacity all members could visit during only the nice months (obviously limited flexibility), in reality it will balance out wherever the location is, due to seasonal rates and the varied profiles.
Given all the criteria, I can't focus on any single one too much otherwise nothing matches. If we get as far as a second property, then it gets really interesting. There's mutterings about Greece and Morocco… 😎 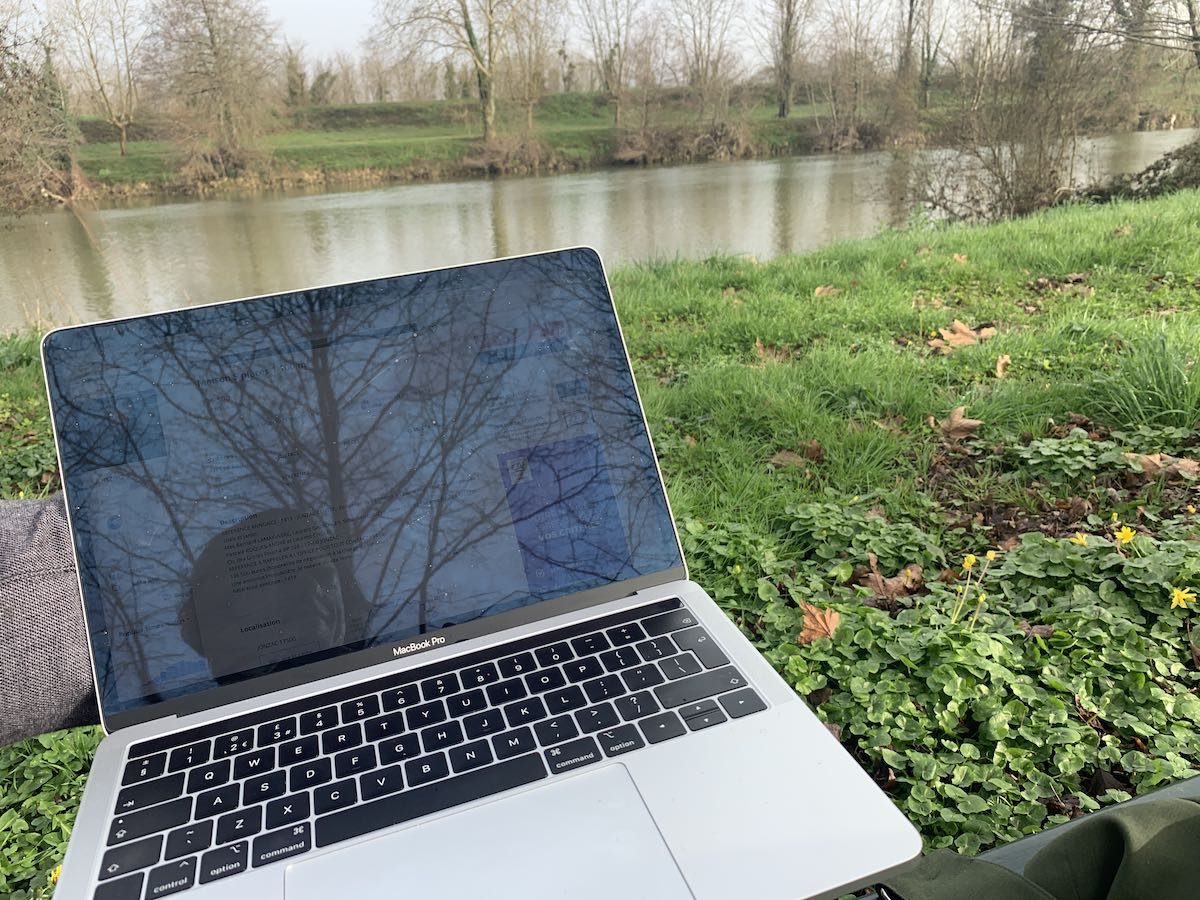 On my last property visit (disappointing) I had quite a bit of time to kill thanks to the gaps between buses, so whilst working on a bench beside the river, I found a site used by French notaires to list their client's properties—and I'm not talking auctions, just ordinary sales. I'm thus going back over to Bordeaux to visit #94 Union de Coopératives du Cognac on friday as it looks quite promising. And will hopefully get to checkout what look to be some pretty nice beaches as well as I've never seen the coast around Royan/La Rochelle. Weather accommodating. 😎…☔️ 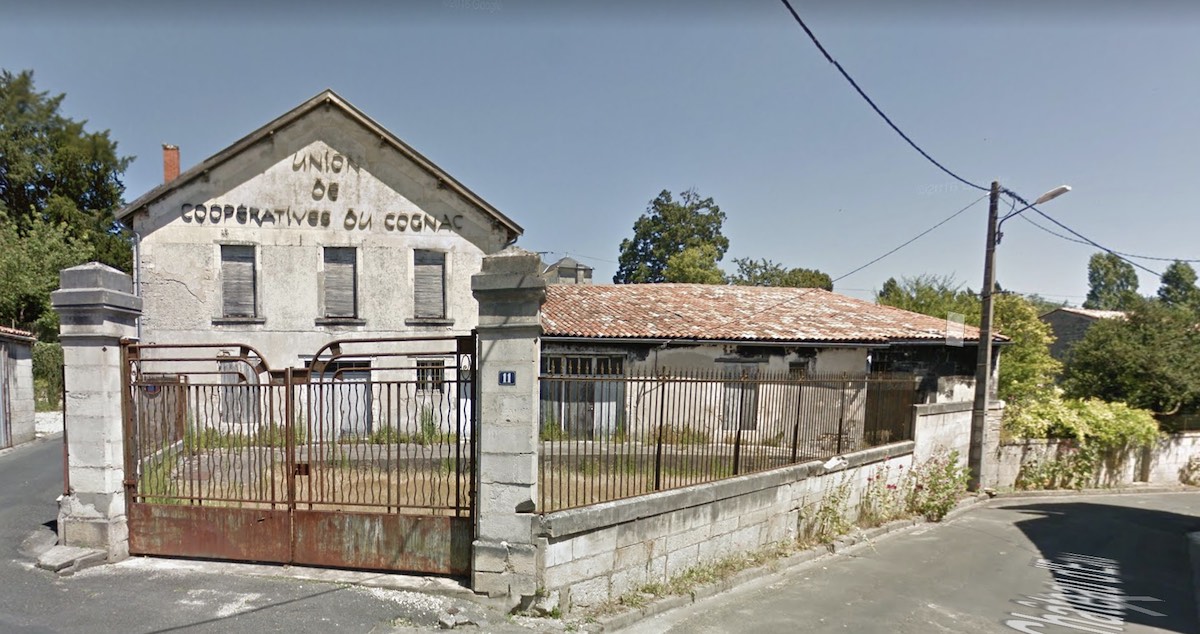