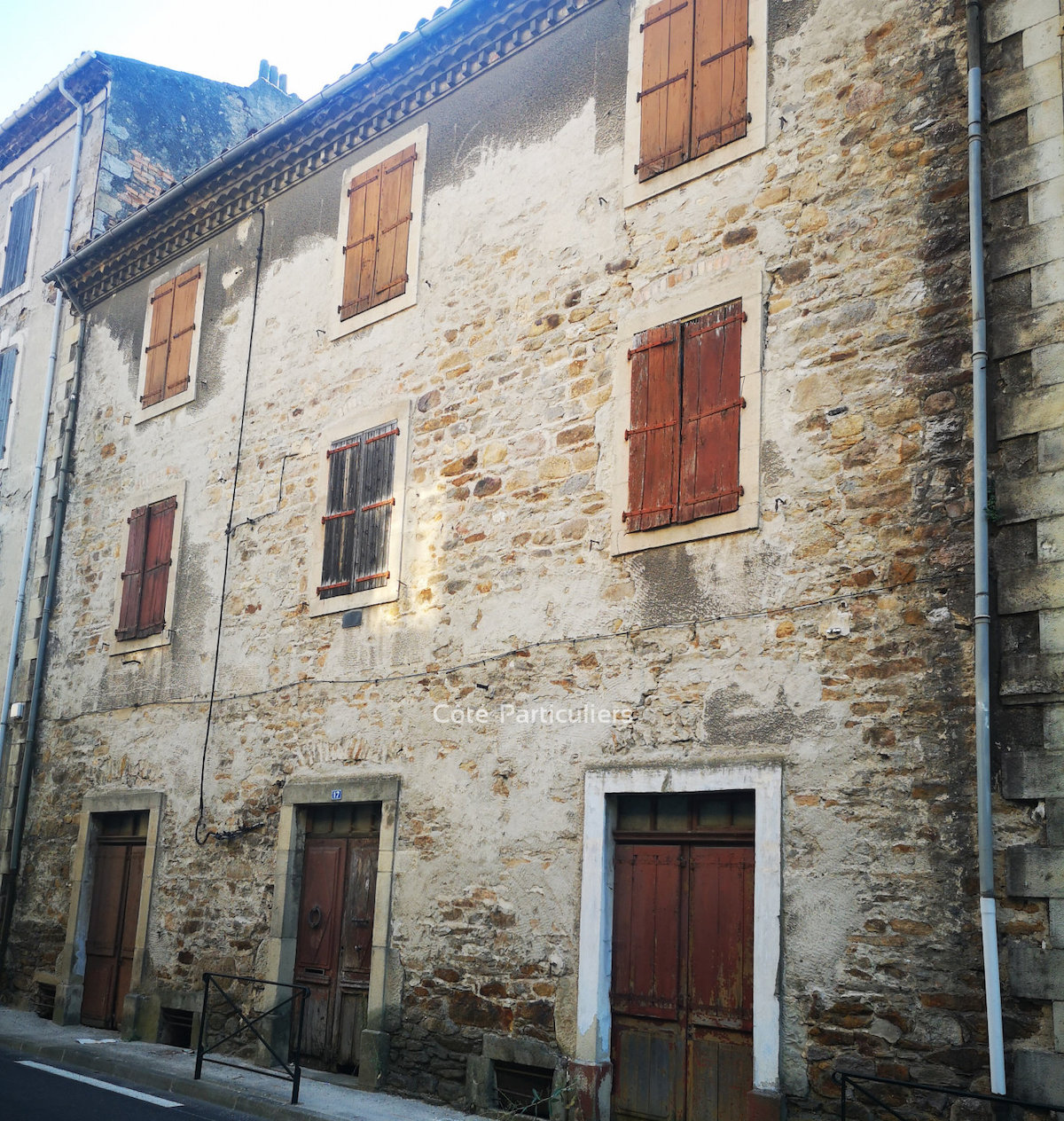 Notes ✧ price drop from 55k a month after listing; no longer listed so probably sold
✦ not as good as #206 which is closeby but remoter in the hills, yet would be more effort than this which is much more accessible
✦ the main town is Alès, is fairly dynamic and has ongoing improvements with a new market hall pending
✦ village of Genolhac is 25mins train, the small towns of Anduze and St Ambroix are 35mins drive for some variation, whilst the excellent city of Nimes is 1h by direct train thus reasonable for outings (and good for access)
✦ later trains run to Ales (last 9pm), 20mins pickup✦ riverfront auberge 20mins walk
✦ 15mins bike to lake for kayak/SUP
✦ the local village is not very appealing whereas the town is much better
✦ 15mins drive to probable streams and river swimming spots✦ 3 floors of 100m2 however the building is unfortunately divided into 3, one section 4.5m deep, the other 5.5m with stairs of 1.7m in the middle thus making space planning tricky
✦ a full length cave of some sort, perhaps 50m2 but likely low so not included however might be suitable as a cinema/night lounge
✦ ground floor has 3 doors onto street that would have to be glass for light
✦ 25m2 annexe using half the courtyard, and a small cave with courtyard of 25m2 and a fig tree, has tall walls but south exposure
✦ 1st floor has terrace above th annexe and a small room, would probably be better to build up another floor part, leaving 2nd floor with small conservatory and 15m2 terrace
✦ probably has a 45m2 parcel of south exposed land at 2nd floor level above the courtyard also suitable for conservatory backed against an adjoining garage
✦ 12.5m wide with 3 windows, 8.8m deep
✦ could fit 3 small mezzanines, 2 doubles and pods✦ there's a public space a door away that could be guerilla gardened, plus a large esplanade with trees just above the river
✦ the adjacent larger building appears to be falling into ruin but is still lived in by someone on just one floor, this would connect with the small public place via the land at the back
•• Show property notes ••

Nobody's tagged this yet. All posts tagged #219 from any topic appear here.