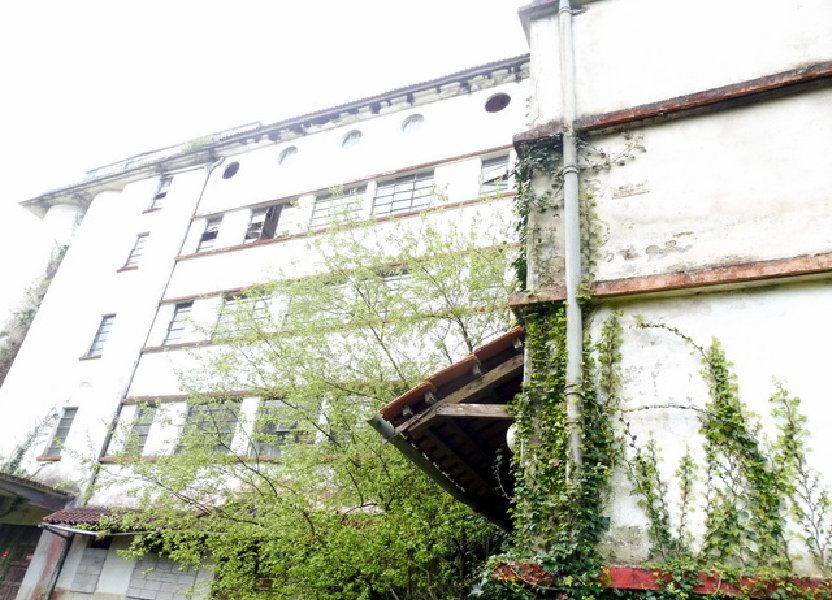 Environment ✧ natural but flat agricultural with little variety; beach 1h, mountains 1h30; greenway on doorstep, few other trails, tennis courts; could SUP and kayak on the river with our own; horse/kayak within 30mins

Notes ✧ My feeling after visiting is that it's not appealing, despite the nice village, due to the combination of climate, slightly obscured winter sun, age and less than picturesque envionrment. It doesn't score high on any factor other than cost, money and effort would be better put to an actual ruin like #90.
✦ just across the road: music venue, organic shop and cafe, microbrewery, there's also a nicely renovated indoor market hall, several sports ground including beach volley/rugby, tennis, etc; the neighbouring town has lots more sports facilities including an olympic pool, jacuzzi and sauna
✦ p45 and p44 zone UHc extensions permitted and is surrounded by protected zone with exception of the station PLU
✦ needs complete fitout, notably new floors and windows, some refinishing of blockwork, and potentially elimination of roof overhang
✦ 450m2 of courtyard/garden in in front of building (north facing); possibly 1100m2 of wooded land to the side (plot 44)
✦ ZRR ✅ tax reductions
✦ 34km greenway to Dax (starts nearby); the remaining railway to Mont-de-Marsan past the building may be converted in future as well which would be very cool
✦ local town is pretty and has good hangouts
✦ quite ugly building, so creativity needed!
✦ island in the river just across the railway
✦ good for canoe/kayak on doorstep!
✦ silo building 5 floors, main part is 12x5.5=70==350, then 5.5*5==125 (stairs and lifts?); too narrow for rooms boths sides, but would give 12*14m2 rooms, there's scop in the other buildings for another 4 plus bunks but will need to build some extra spaces, however this could be done as demand grows
✦ could use a silo for spiral stairway and remove the existing inside but the main wing is narrow and full depth should probably be used for studios at that end rather than lost to corridors
✦ 4 silos each silo is ~2.75m diamter which is quite small but obviously unlimited height; could plausibly add windows and floors for 4 very unusual studios each using all 4 silos across (for a bed, loung, kitchen and bath in each one) however that's a lot of cutting; less would be tall studios using two silos each, with mezzanine bed in one
✦ side building 3 floors 13x6=75==225 this would be common spaces
✦ potentially an amazing roof terrace but seems to have acquired a sloped roof since originally built
✦ top floor doesn't have south windows and only portholes on north
✦ needs all new floors but beams are concrete
✦ original perspective
✦ 3 busses M–F to Mont-de-Marsan is adequate for airport connections but uses up a whole day for travel to reach; the long drive to airports means collecting doesn't work, not even from better stations as they're all 40mins, however airport could be organised on a specified day weekly thus also including a daytrip to the city
✦ last train from Bordeaux is at 9:15pm and a pickup from the town isn't difficult
✦ 1.5km to exchange so only ADSL2+; but there's a pocket of VDSL2 across the field (and river) so could relay as have high roof; fibre planned through a public-access network for 2021
✦ whilst the property lacks capacity, there's still potential for festivals, with the camping, and great municipal halls

All posts tagged #37 from any topic appear here.