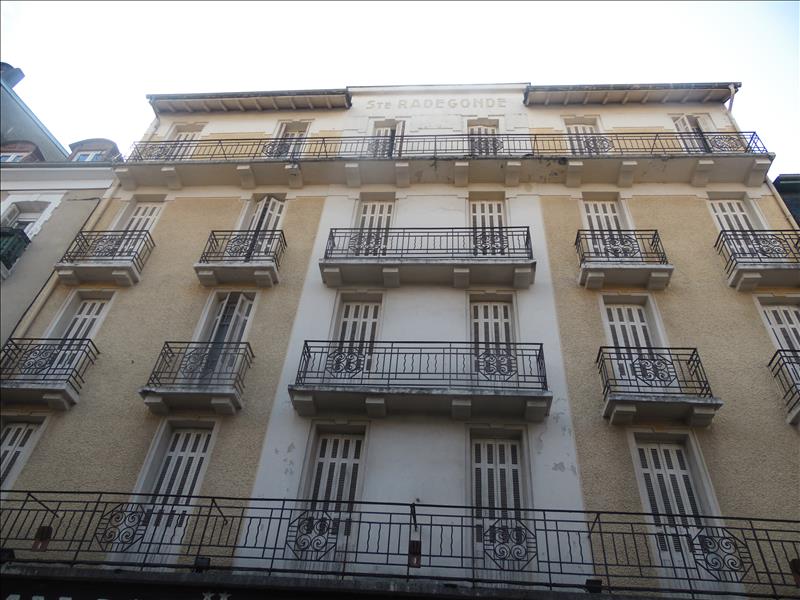 Notes ✧ moderately usable as is so a likely safe option for phasing; has potential but is expensive (would come down), structural works may not be involved however making large common spaces might be problematic, to make it appealing and functional would require significant interior work
✦ requires upfront capital even though may not require so much for conversion
✦ very limited outdoor space, just a patio area jammed in between another building but this opens out onto a public garden, and a large roof terrace could be possible bu would involve structural works (perhaps not much as already a nearly flat roof)
✦ there are no windows in the end of the extension, if they were added it would potentially provide common space overlooking the garden
✦ comprises two interconnected buildings, first historic with road frontage and 5 floors of 170m2 (850m2), second a 100m2 extension on 3 floors at the back but with some views onto garden
✦ whilst there are 57 rooms, many are absurdly basic, probably requiring merging in order to have decent ensuites; many more would obviously have to be merged to make new common areas
✦ top floor has views to the castle and mountains
✦ despite a fair score, it's charcateristics don't really seem to balance against the good locality
✦ full name is Hôtel Nôtre Dame de Chartres et Sainte Radegonde

Nobody's tagged this yet. All posts tagged #80 from any topic appear here.