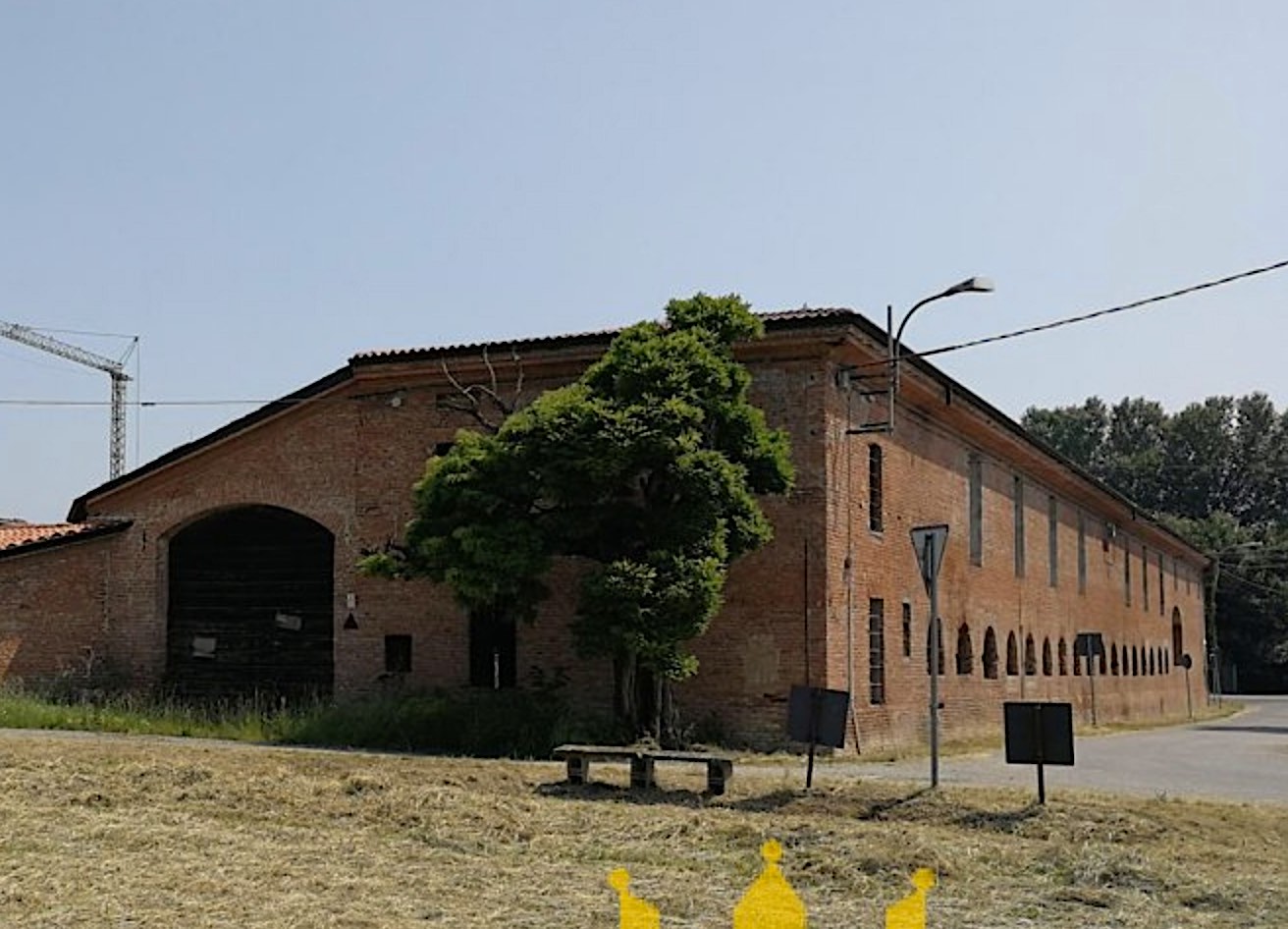 Notes ✧ bids reached €107k
✦ has been listed and reduced several times, apparently every three months, with two month duration; was originally bought for 270.000 by developer who only completed some works; cost is with an extra 6% fee for the agents, and 22% VAT (apparently)
✦ the three main buildings have new roofs with good tiles and interior wood panelling plus many walls have been created and masonry tidied up, but all the fitout is to do, including floor slabs, windows and infrastructure; nonetheless as the building is solid this is much less a concern than other similarly large properties
✦ works were abandoned about 10 years ago now so not strictly a new roof anymore and ventilation/skylight openings were never sealed
✦ features stunning old beams, brick arches and colonnades
✦ with nominal work there's 17 ground floor units (half standard, half large studios) plus 500m2 of huge top floor common spaces (requiring insulation)
✦ average cost circa €1000/month/share! which would however increase if any other significant work was undertaken
✦ whilst the winter is a bit chilly and misty, I do believe a proper hub such as this would still be great year round, by focussing mostly on programmes (e.g. startups, arts, …) during the winter
✦ this would have to be an inward focussed hub but it has lots of capacity to invite folks to do talks and run programmes/workshops; likely to have appeal in the local metro market in the same way as Coconat for Berlin
✦ activities would mostly be going to town and gentle bike rides; there is however a river beach for the summer and a kart racing track 1km away (maybe noisy? currently blocked by ruins)
✦ 1500m2 stone courtyard; 1200m2 quiet garden; 1700m2 potage next to road
✦ 500m2 main wing with 2 floors and a wide 6m colonnade; has 8 40m2 units with tall 3.5m vaulted cielings opening directly onto the colonnade, plus double south facing windows (these rooms have a new wall blocking the windows which would be removed)
✦ the second floor could initially be used as common spaces, but with limited outlook being under the eaves this would be better for additional mezzanine units
✦ 260m2 east wing open and unprepared for use, suitable for a second floor; ideal for events; backs onto road but is minor
✦ 220m2 west wing, divided into 9 16m2 units (potential mezzanines) opening onto a narrow colonnade and the courtyard but requiring additional rear windows for each room (easy to do in brickwork)
✦ there are also 400m2 footprint shell/ruins (and a crane) which might be best demolished, however they appear to have solid floors and just missing the roof; could be partly demolished and turned into a secret garden; otherwise if recovered woud give an amazing extra 1200m2 of floorspace
✦ 1 ruin and 1 incomplete newbuild to demolish (400m2 footprint)
✦ 50Mbps WiMAX from several antennas 3.5km; ADSL is bad, but could be relayed from next village which is slightly better as backup
✦ at least 4 useful bussses daily including holidays
✦ ideally the kitchen and dining would be a new central building in the courtyard itself
✦ the courtyard is horrible concrete slabs, would probably gradually dig it up and plant oranmental flower beds with paved paths; could then have a groundsource heatpump
✦ the river is not really swimable

Nobody's tagged this yet. All posts tagged #111 from any topic appear here.