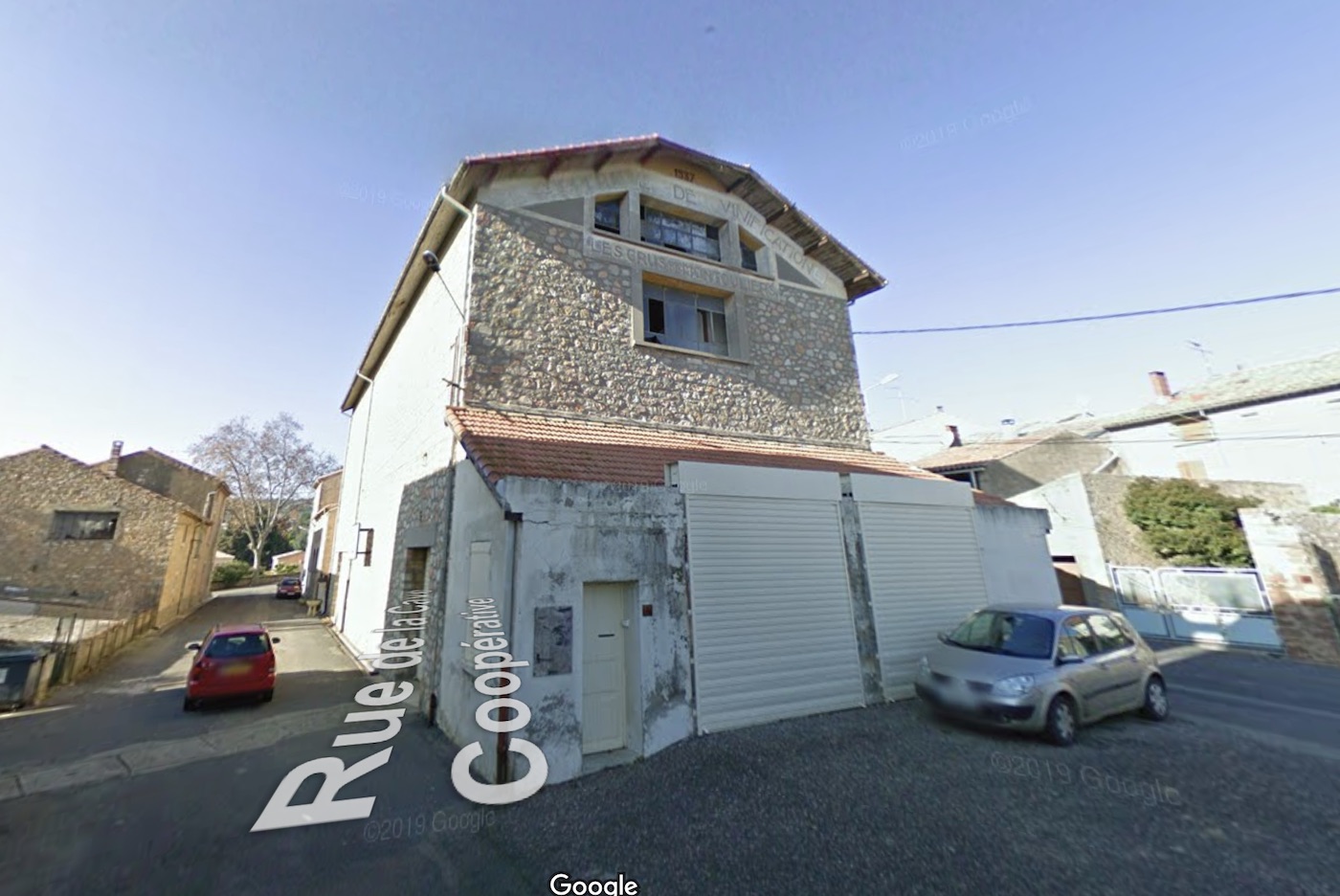 Notes ✧ good value mini-hub with very nice nature and towns but no transit independence, however with bikes several villages are within 10–30 mins having a selection of cafés, restaurants and swimming spots, and for the adventurously independent Narbonne is 1h bike away
✦ we'd definately need electric bikes and a couple of battered old Renault 4s for communal getting around
✦ building would be much more presentable than initial seems, especially with a walled garden
✦ solid concrete building with stone facade; requires windows to be cut into it and vats demolished which for France will be fairly expensive probably 50k using local labour for window openings alone; maybe the whole lot could be done using non-local labour for 75k
✦ first floor is extremly tall
✦ would actually be a fun conversion if vats are partially maintained dividing each room with mezzanines inside, ensuites and hall added outside, however the common areas at ground level would be more difficult
✦ view from top floor with high cieling for workspaces and lounge
✦ possibly awkward for use as passage under beams looks about head height, plus has cross beams higher than floor, would need to raise floor at sides, have steps down from middle, or best rebuild beams lower as required for floor anyway
✦ cool ground floor for kitchen and cinema
✦ at least 6 premium rooms (25m2), 10 standard (16m2 mezz), 1 pod room, plus good common space (450m2)
✦ there is an infrequent / school bus 689, 642
✦ 25m long in 5 section of 5m each; 12m deep each 5m with 4m central
✦ exchange next door so very good VDSL2 and can aggregrate multiple
✦ garden is currently 140m2 of tarmac and is also overlooked by the new vats, thus sun blocked for all but north wall in winter, however whole south wall gets sun all years
✦ could probably easily get permission to have a raised roof garden and gain the extra 140m2 at ground level
✦ newer but tiny cave is next door, a bit urgly, and will smell during harvest
•• Show property notes ••

All posts tagged #73 from any topic appear here.