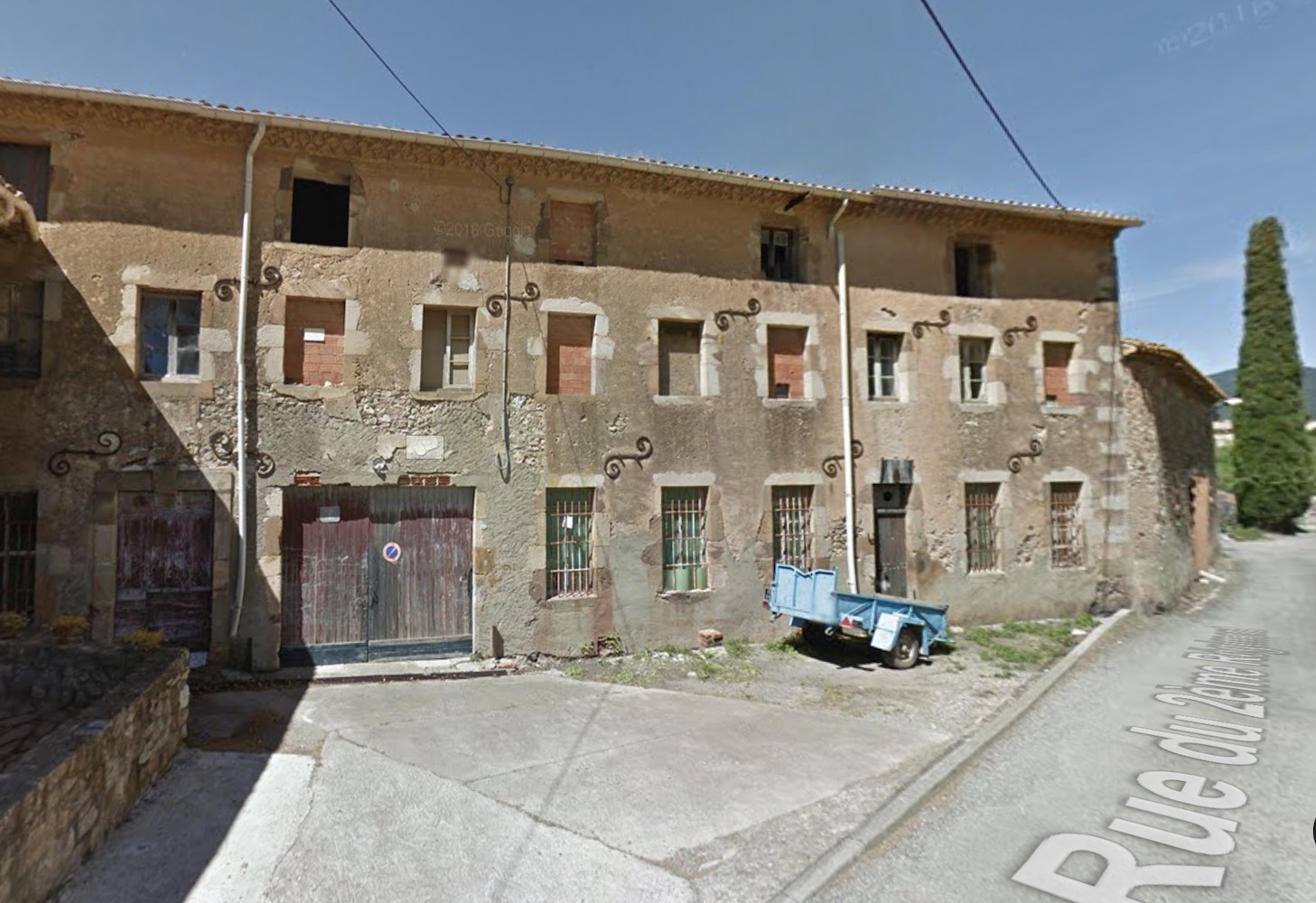 🏡#74 🥈76%  SOLD • €140k • rustic • village • 900m² satellite • This is the very first building I looked at for the project! In the oldest wine terroir of the region. Neighbours report its sale has not progressed thus may still be an opporunity. Functions only as a large satellite or mini-hub with ~12 rooms and good common spaces. Limited outdoor space made up for by village and great countryside.
📍Map
southern France: Beziers, Narbonne, (Carcassonne, Montpellier, Perpignan)
☃️4–10–17°  🏖28–35°  ☀️10 days  🌧12 days

Notes ✧ no garden! only a small patio next to the lane and close to a (minor) road, but nature is only a stone's throw and there's lots of places in the village to plonk oneself including along the river; could acquire a small length of unused land on other side of lane below trees and build a wall
✦ built 1860 as a textile factory but ceased shortly after and apparently fabricated saltpeter operated by the monks of the local abbey, as such has the size of several large houses but is open plan inside thus super easy to convert without any notable costs for involving local labour except a couple of new window openings
✦ slightly jammed in between two neighbours, one with garden behind is cool and not so noticable, but one to side directly in front however is tiny and appears to be a holiday house, would be better deliniated with partial fence and balcony
✦ generally solid and good condition, some new windows would need to be created at the south, potentially with a balcony for the living room
✦ has a continiously fed water canal (canal de l'abbé) dating to the middle ages, which runs directly along the back providing a nice ambience, could potentially be harvested, both kitchen and workspace adjacent; https://saint-pons-de-thomieres.pagesperso-orange.fr/canal-de-l-abbe.html
✦ 12 rooms plus 8 pods
✦ close to exchange so VDSl2 is good

Nobody's tagged this yet. All posts tagged #74 from any topic appear here.