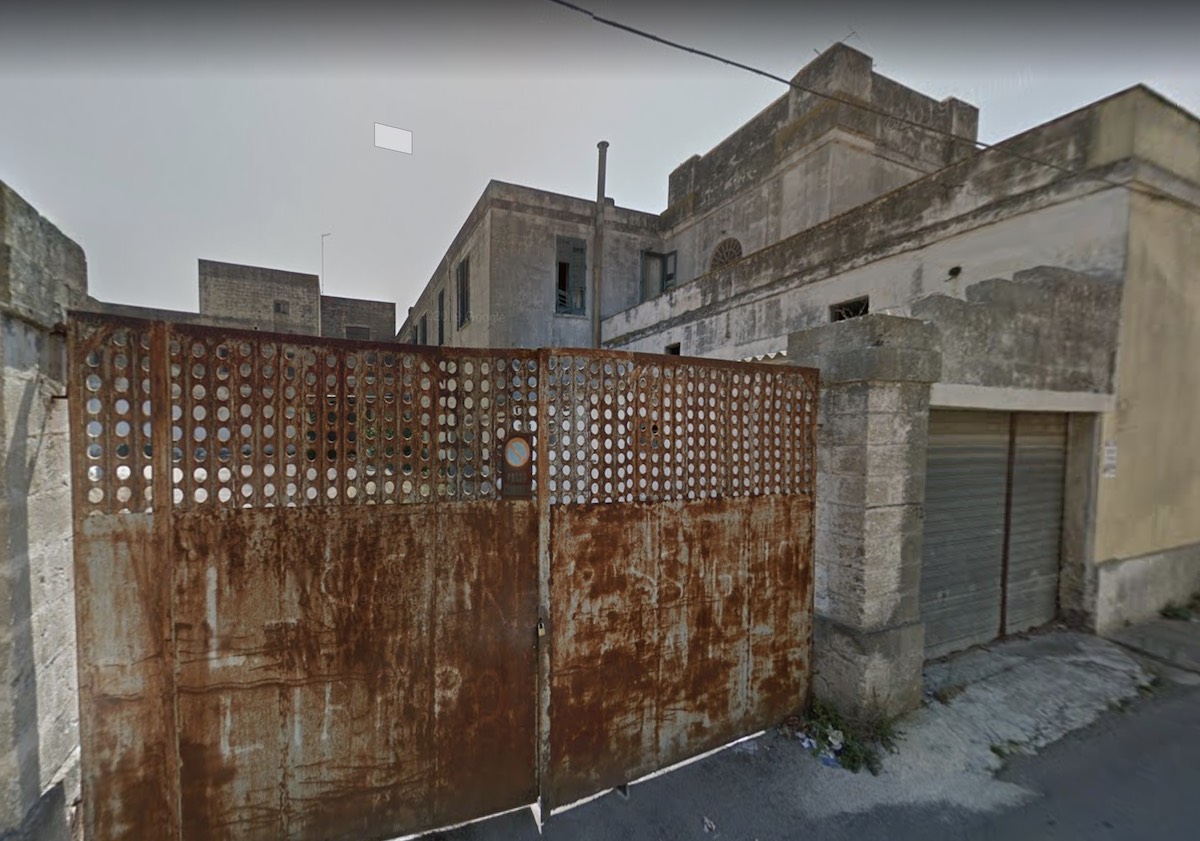 Notes ✧ price already dropped from 185k
✦ a more cosmpolitan mini hub as is mostly about the nice towns and space itself rather than countryside of which there is essentially none uncultivated except a small woodland 20mins bike, however the coast (40mins bike) has some nice parts around natural parks (25mins drive)
✦ quite unremarkable small town with no public gardens nor squares, but good services and connections bringing many other towns within easy reach, Brindisi is 10mins by train, Lecce 20mins and just €1.40
✦ Bridisi airport has good year-round connections as is a hub for Ryanair
✦ potentially a good staging base for slowmads between Greece and mainland Europe
✦ spans entire end of block thus onto three streets
✦ basement is warehouse with wine/oil vats that needs complete refitting; unusual combination of lovely big industrial space in basement and some nice old features in the house above
✦ 500m2 very tall ground floor
✦ first floor comprises a 160m2 terrace, 240m2 of rooms, and then a corresponding flat roof (terrace) above
✦ 500m2 courtyard (one side shaded for summer, another sunny for winter)
✦ the first floor could accommodate 14 rooms but 7 would be in new build extensions on the flat roofs; the basement would accommodate mezzanine rooms but the width of openings for windows in solid stone block walls would make it quite difficult, much better as common spaces onto street
✦ if extended, outdoor space would reach 925m2 split between ground and 2nd floor roof; plenty of room for a splash pool
✦ 80m2 independent but enclosed outbuilding with access and light only from courtyard, could build 2 studios atop
✦ access to first floor (bedrooms) is independent from street
✦ requires a fair bit of work but at least part of it is a basic house
✦ share costs would likely hit €3k/mo
✦ activities and nature are pretty limited except for the beach/sea
✦ simple small quiet town but Brindisi and Lecce are super close
✦ ugly exterior but typical, pretty school opposite
✦ potential for underfloor winter heating using solar collectors
•• Show property notes ••

All posts tagged #89 from any topic appear here.