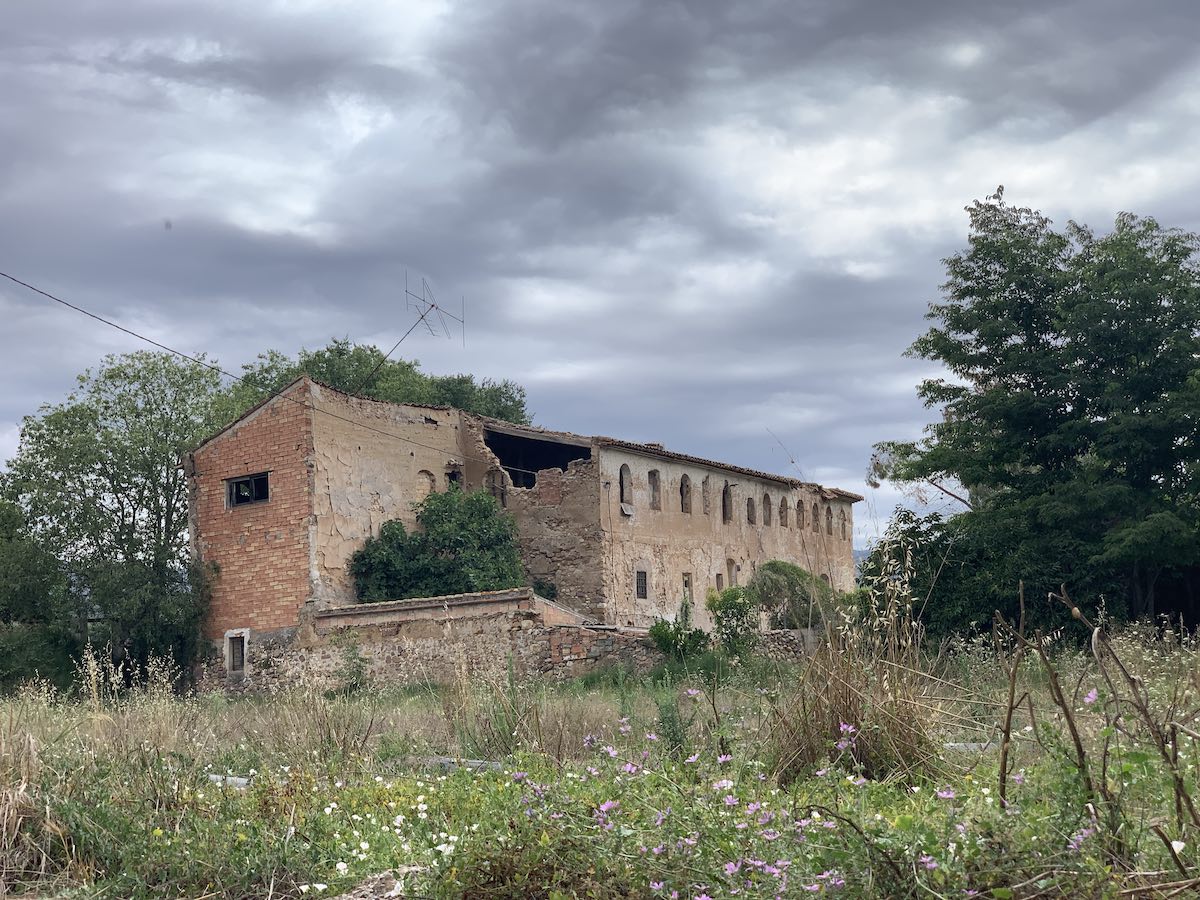 Notes ✧ visited 2/7/2020
✦ requires almost complete gutting as very few beams and floor/roof sections could be kept, this brings the cost inline with other properties but still has many winning points notably the location and climate
✦ new roof and new floors would require professionals, but once roof is in place further works could be done flexibly, thus a potentially still workable option given the major plus points, but highly debateable versus other options
✦ only makes sense as a worst-case fallback option, as could be acquired and work started slowly
✦ waterfall and swimming 30mins bike; thermal pools (winter swimming!) 45mins drive
✦ it's right next to the river, but is terribly overgrown with bamboo, could however be cleared and a nice spot made, the canal water could potentially also be used for a pool in the garden
✦ sports ground (tennis and swimming pool) next door
✦ near the bottom of the 218km vía verde de Ojos Negros
✦ 1500m2 of south facing garden, could probably acquire neighbouring plots
✦ towns seem to be unremarkable, thus only notable destination is really Valencia with direct trains plus a reasonably late bus back at 8:40pm
✦ the immediate countryside provides good walking/splashing/biking/castles/ruins, there's also a small via ferrata a short walk away; plus the coast is close; a bit further away are some impressive canyons and swimming spots, plus rafting and other adventure sports
✦ canal at back of building for hydro power
✦ fibre available in the village from adamo.es can thus create a wireless relay forthe 700m if they won't do a direct cable; WIMAX may also be available (prored.es)
✦ lovely windows on top floor
✦ Cadastral data; #24 El Batán de Castellnovo in mills of the Alto Palancia
✦ could potentially extend; main building 10x24m; extension and potential new section 8x5m
•• Show property notes ••

All posts tagged #90 from any topic appear here.

Hi Harry! I only remember lovely sunny days in the north—certainly idealised childhood memories though. ;) Unlike the British Isles, where as we know rainfall at the level of Covilhã often means depressing drizzle all day, it can blow over quickly. The climate models are not entirely clear, the one I've been using defines a sunny day as over 80% cloudless (not sure how that's measured!). Even 50% cloudless by any measure is still a sunny day nice for sitting out.
I believe most of us have the freedom to seize good days so I don't consider it make‑or‑break as long as there is sun, even for south‑west France some of the deepest winter days are 16° and 100% sunny, which is not bad (at least with some complimentary winter facilities). I am wary of higher numbers of precipitation days though, yet both Covilhã and Agen are 10 days rather than 20 days as with the north of England. Thinking about the future I worry that low numbers like 4 days for Valencia might be bigger issues…
For a hub (as opposed satellite) property the draw should be as much dynamism and community as location. Obviously both are desirable as there's only such much of that we may want. (I'm going to include #90 El Batán in my next batch of visits.)
The business/revenue side is not a significant criteria, technically with 30% unallocated capacity all members could visit during only the nice months (obviously limited flexibility), in reality it will balance out wherever the location is, due to seasonal rates and the varied profiles.
Given all the criteria, I can't focus on any single one too much otherwise nothing matches. If we get as far as a second property, then it gets really interesting. There's mutterings about Greece and Morocco… 😎

Remarkably #90 Molino batán manages to balance most of the criteria. Except for effort as mostly unusable, but really couldn't complain at the price. If it turns out to have okay beams it could be the leading option as a backup plan. Am awaiting clarification from the owner. Would still be doable without beams, but significantly more work than I particularly fancy.