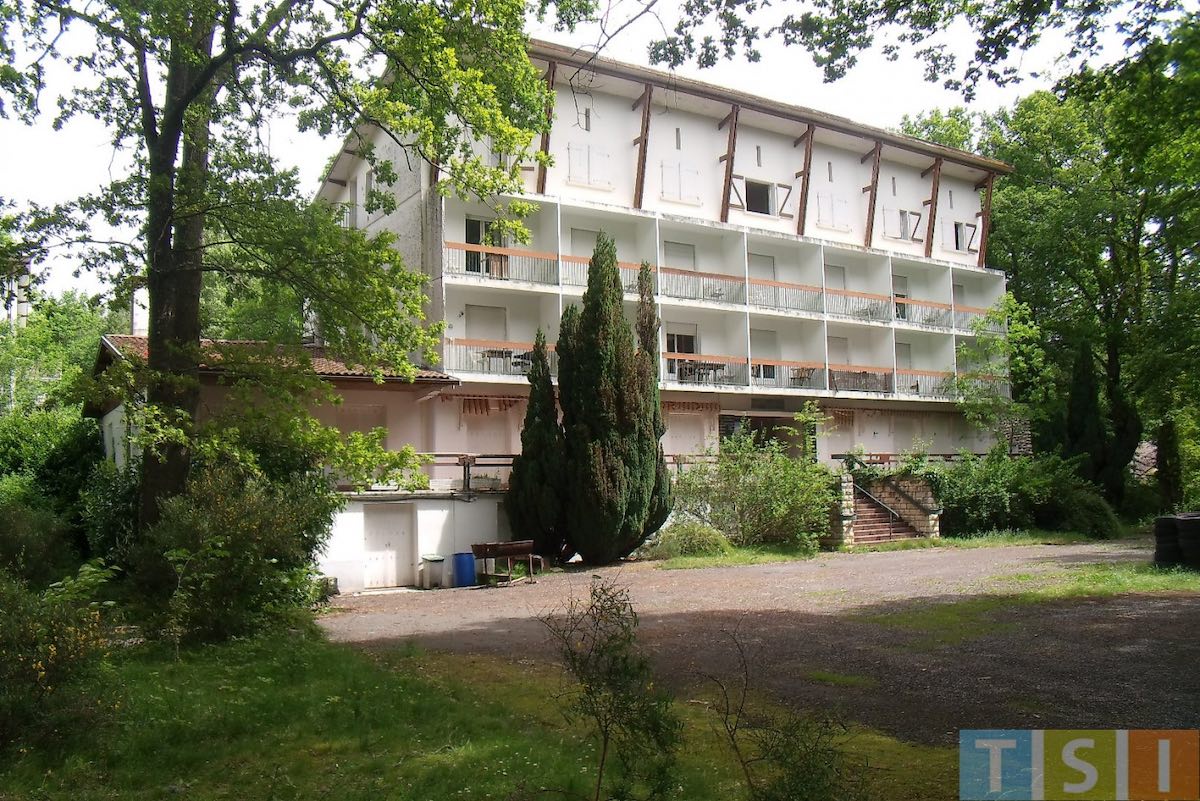 Environment ✧ rolling argicultural valleys at base of the Pyrenees; some paths on doorstep, lots close drive; 30mins walk to river, lakes and swimming; 45mins+ drive into mountains and skiing

Notes ✧ returned to market with yet another agency, could enquire direct with the holding company
✦ 2 large buildings on market for a while and price has dropped
✦ fair effort would be required to optimise its existing layout, such as adding ensuites and making large open common spaces
✦ village is unremarkable but has a natural swiming lake next to the river
✦ there's a rural innovation center with fablab, a bio brasserie and even a campvan rental company 5 mins drive away
✦ sounds to have gas central heating
✦ built 1970 and run by a large holiday camp opeator
✦ new large windows would have to be created and rooms linked up for common spaces
✦ probably all windows would ideally be replaced
✦ has a pool (16m) and 2ha of wooded land, about 14,000m2 as garden; well isolated from neighbours; north is woods (on a small ridge), and west is fields thus could have an open aspect
✦ many rooms have balconies and the buildings are in an elevated position facing south over the small valley and up into the mountains
✦ stations and towns are acceptable biking distance but an on-demand driver would likely be required
✦ fibre is available
✦ may have some asbestos cement parts to remove, but roofs are tile so potentially only some pipes
•• Show property notes ••

Nobody's tagged this yet. All posts tagged #102 from any topic appear here.